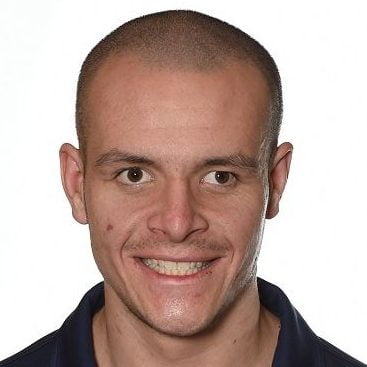 Here is the incredible story of how the new Micra Transcatheter Pacemaker changed Josh’s life. hearts4heart are currently advocating for patients like Josh, to have access to this new pacemaker. Josh is pictured here on the left and here is his inspirational story. Josh is a 25-year-old elite athlete and Australian Paralympic swimmer who competed in the 2014 Commonwealth Games, placing sixth in the 2014 200m Freestyle final. He represented Australia at the 2016 Rio Paralympics after a strong performance at the 2016 Australian Swimming Championships.

He has competed in several competitions including state opens and only last week picked up a silver in the Australian Open water championships in the 5km race. When Josh was in primary school he had a fall off his bike and wasn’t wearing a helmet at the time. Looking back his father says it is likely that it was heart related. In 2017 while doing some Christmas shopping, Josh collapsed & became unconscious before he hit the ground. He was brought to the hospital and while they ran some tests, nothing was identified at the time. In 2019 Josh was at the swimming pool, started to feel unwell & went outside for some fresh air and collapsed again.

He was then sent back for further tests and an implanted loop recorder was inserted. It was then that it was identified that while asleep his resting heart rate would go below 20 beats per minute. In addition, there were times that is heart would stop for up to 7 seconds. It was then that his cardiologist recommended a pacemaker. The traditional pacemaker simply wasn’t an option for Josh as it would have meant that he would have to give up swimming. His cardiologist said that if Josh had not been an elite athlete and if his heart wasn’t as strong as it is today, he would have had a very different outcome.

It was essential for Josh’s physical and mental health that he continued swimming. The Micra was the only option for Josh. Medtronic sponsored the device and the clinician inserted it for free and they just had to pay for hospital costs. Had he had a traditional pacemaker the recovery would have been much longer and he wouldn’t be able to swim competitively. Josh’s father said that 2 days post implantation, he wanted to get back into the pool. Josh was back swimming within 7 days of the procedure and his father says his recovery was phenomenal. Josh is back to swimming 50km a week and is competing again. His father says that having access to the Micra pacemaker is a no brainer and it should be made available for all patients. It enables people to go back into the workplace with minimal downtime and live a normal life.

It was truly lifesaving for Josh!