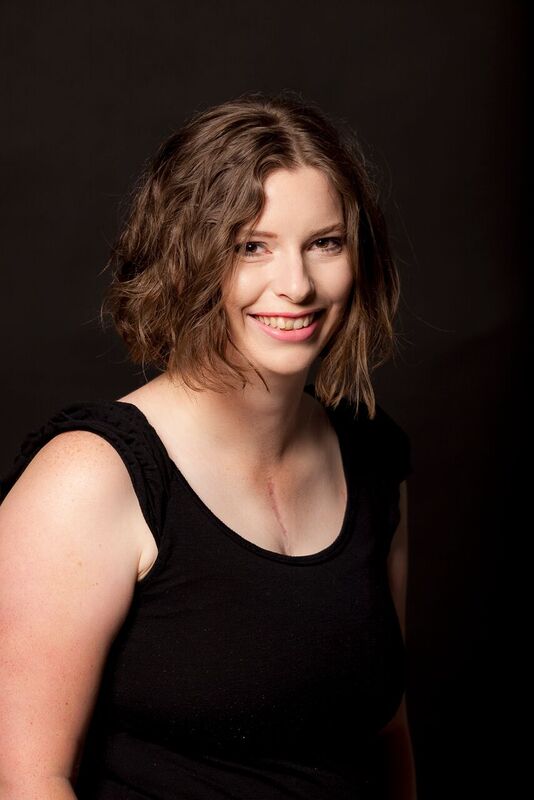 But I have had three heart attacks.

In 2002 I was at a horse event (on my trusty steed) when I passed out and fell off. When my face went blue someone started CPR and someone else called an ambulance. A qualified nurse, who until that moment had been a spectator, rushed over and assisted with CPR – I’m told she saved my life and I’m forever thankful for her and for all the support I’ve received over the years.

I had had a Ventricular Fibrillation Arrest – basically my heart had turned to jelly and needed an electrical shock to get it back into regular rhythm. CPR is often ineffective with this, but for some reason it worked on me that day.

I was flown to a regional hospital and put in an induced coma. A few days later I was flown to a specialist Melbourne hospital, where I stayed for a month. I was in intensive care for nine days, contracted and recovered from pneumonia and golden staph and learnt to walk again. Whilst I didn’t have any brain damage I had lost a lot of muscle tone.

I was fitted with an internal cardioverter defibrillator (ICD) and sent on my way – I was home in time for my 16th birthday and the end of year 10.

Fast forward to uni. It’s a Friday night and I’m in a mosh pit at a church event. I pass out on my face and am taken to hospital. A few months later at my regular check-up I’m told that I’m not allowed to go in mosh pits anymore – heart attack number 2 had come and gone and I didn’t even realise thanks to my ICD kicking in.

I’d thought I was done.

Then in 2014 I was called urgently into hospital as some ‘noise had been detected’ on my lead – this is the lead that sits in my heart and is used by my ICD to monitor heart rates and tell it if I’m having a heart attack. The lead had worn out and I needed a new one, we also decided to replace my defibrillator at the same time. Simple operation for me – I’d had a few replacements over the years.

My ICD was turned off and I had plenty of chats with my cardiologist about what was to happen and the risks involved. I should mention that I’m a Christian, I pray a lot, and read my Bible most days. Even though the situation was serious, I had a deep, unshakable sense that everything would be fine, despite what doctors were saying.

I went in for surgery and almost everything that could go wrong did. I went into VF Arrest while my old lead was being removed (before they put the new one and a new ICD in) and this time it was my doctor doing CPR, which unfortunately didn’t work, so onto the heart/lung machine I went (my lungs weren’t working too good either). This left me with cracked ribs, a giant scar down my middle and the after effects of heart/lung machine (not the most pleasant of experiences). My old lead had got stuck and the team were unable to remove it all – the stress of this is what caused heart attack number 3 and freaked out a lot of people. Again.

De ja vu was strong as I spent time in intensive care, taught my muscles to move again (and to hold me upright when I walked) and a month later, left hospital to continue recovery at home. Three months later I was back at work and haven’t had any issues since.

My ‘zipper’ took a bit of getting used to and I do worry sometimes if my heart rate goes up suddenly, but otherwise I’m a normal Gen Y who mostly enjoys life and living in the country.

Throughout all of this my faith has been a huge part of my recovery. People all over the country pray for me when I’m in hospital and for an introverted country kid, that’s a very big encouragement.

The Bible talks a lot about pain and suffering and I figure Jesus understands better than anyone what it is to have broken bones and weird scars. He also knows how great it is when they’re healed. That, and the support of groups like hearts4heart remind me I’m not alone, and for that I am incredibly thankful. I also have a lot of friends who enjoy being encouraging.

Like I said, I don’t have heart disease. I’ve just had three heart attacks and I have an ICD. I take heart medication and have regular check-ups. I go to church and I walk my dog and work full time. From my point of view, I’m a normal Gen Y, who enjoys living life to the full.