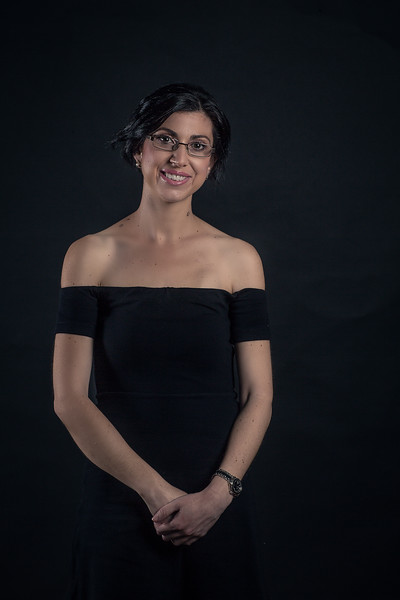 My name is Sonia, I am 30 years old. I am married with two young beautiful children.

A day which started off the same as many others would quickly turn into a day that changed my life, and that of my family, forever.

I started my morning by getting ready for work and getting my children ready for the day. My 11 month old daughter would be at home with my mum and I would drop my 3 year old son off at kindy and then I would be on my way to work.

I got in to the office at 9:00am and by 9:10am I had collapsed at my desk whilst in conversation with Michael (my boss) who, as luck or fate would have it, felt a push to get to work earlier than usual that morning.

Unbeknown to him at the time, I had just suffered a cardiac arrest.

Michael called 000 and began CPR and within minutes a paramedic team was dispatched from a local Ambulance Station and shortly thereafter (given the critical situation) Peter, an intensive care paramedic, arrived.

I was defibrillator shocked twice at the scene and regained a pulse. However, I did not regain consciousness at that time. I was transferred to Royal North Shore Hospital where I was placed in an induced coma, ventilated and put on a respirator.

If it was not for the care and actions taken by those at the scene that morning, particularly Michael and Peter, I would not even have made it so far as the hospital.

In the meantime, my husband and family had received a call that something had happened to me. Upon arrival at the hospital my husband was met by a team of doctors, nurses and social workers. He was informed that I had suffered a cardiac arrest, was in a coma and, at that point, it was not known whether I would survive or, if I did survive, how my recovery would be neurologically. I am told that at that moment their world was turned upside down.

Three days and numerous tests later I was out of the coma, albeit with some short term memory loss. I was in complete shock at what had happened. I found it very difficult to believe. In some ways, the severity of what had happened did not (and still does not) seem real.

A short time after that I was diagnosed with a rare cardiac genetic syndrome called Brugada Syndrome. A syndrome which effects the sodium channels of the heart and which causes a fault in the heart’s electrical system leading to a possible scenario of sudden cardiac arrest and the very real and high possibility of sudden cardiac death. The syndrome has a 50% chance of being passed down to either one or both of my beautiful kids. This is something I am having a lot of trouble dealing with. At the current time I am awaiting results from a further round of genetic testing. We are hoping that by finding the gene fault in me we are able take a blood test on the children to confirm whether they are also carrying the gene fault and thereby have confirmation whether they have Brugada Syndrome.

I now have an implantable cardioverter defibrillator, also known as an ICD. This will protect me from any further potential episodes of ventricular tachycardia and/or ventricular fibrillation leading to possible cardiac arrest.

Without going into too much detail about the Syndrome, the ICD and subsequent recovery from surgery, I will say it is life changing. It will be countless many more surgeries of having the ICD replaced.

The last 12 months of this journey have been difficult. At this point I still suffer some level of anxiety. The “what ifs”, what if the ICD goes off or what if the ICD isn’t working properly when it needs to be and what does it even feel like when it does (bearing in mind, if required, it will deliver an 800 volt shock therapy). Many people describe it as somewhat similar to being kicked in the chest by a horse – something that I don’t really want to experience, but on the other hand do as I would like to know what I am actually in for (if it was to happen in the future).

What I’ve described above is my story, a story that I hope to be able to use in order to make the general public aware of how cardiac issues are just as much possible in young children/young adults as they are in the older generation.

Too many people assume that being young and fit means that you can’t possibly have a cardiac issue. This is an attitude I personally have encountered many times. Many comments have come up such as “You’re too young to have any cardiac issues”. This is a dangerous misconception and one that we rapidly need to extinguish.

Given the nature of some cardiac conditions, such as Brugada Syndrome where the syndrome may not show up routinely by way of an ECG, a person may not know that they actually have a life-threatening cardiac condition that they are living with. Therefore, I believe, we need to raise the importance of knowing basic CPR, as prompt by-stander assistance until a paramedic arrives is crucial. We need to look at the possibility of having access to portable defibrillators in public areas. We need to seriously consider a way of screening children from a young age for any signs of a possible cardiac condition.