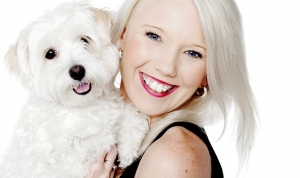 It’s a Friday night and I am lying on my bed deciding on whether to call an ambulance. I’m really rather peeved as I had been looking forward to going to a dinner with my closest friends all week and had to cancel because the ticker has decided to do back flips. As usual, it has been completely inconvenient. I am experiencing chest pain and dizziness, but most of all I am really annoyed that I have no control over what is happening to me. It’s not that I am afraid, (not right now anyway); it’s the fact that I know what’s coming. I hate the needles, the tests, the drugs (that make me feel even worse than what I am feeling right now), I won’t be able to sleep and the worst part is, I am alone.

I was born with a hole in my heart and a heart murmur. At six months of age I was admitted to hospital with wheezing bronchitis, where my condition was detected by the cardiologists. From then on, I had quarterly visits to the cardiologist until the age of nine. It was only when my parents and I moved interstate that my new cardiologist booked me in immediately for open heart surgery. Whilst a lot of people can live with a hole in their hearts – and some even close up – mine just kept getting bigger. I was always out of breath; my lips would turn blue and I was frequently unwell. Had they not operated, doctors said I would have been dead by the age of 15.

At 21 I had my first ‘episode’. It was quite a shock to be woken up by feeling as though I was having a heart attack. I crawled out of bed, took my phone into the bathroom and called my doctor. I was vomiting, my heart was racing at two hundred beats per minute, I was experiencing chest pain and felt as though I was going to faint. Somehow I made it to a taxi and into my doctor’s surgery, where it eventually stopped.

This was followed by 12 more years of heart-related incidents; although over a three year period my heart got progressively worse, visiting emergency departments weekly. After a series of failed medications I was lucky enough to be referred to a Professor who is internationally renowned and respected, specializing in Electrophysiology.  I have since had many heart procedures that include catheter ablations, cardioversions and a pacemaker inserted and my condition continues to be a managed illness.

Whilst I did not know anyone who was going through the same thing as me, I was sure I wasn’t alone in this quest. Through my experience and struggle to find the support and information I needed, I decided to start up hearts4heart, a charity that provides direct support for all those who are impacted by cardiac illness.

I had lacked advice on how to improve my health and emotional state. I struggled to support myself and have had to still work to pay the bills (often when my health was not up to it). I had searched for a support group or forum but I couldn’t find anyone to talk to who was in the same situation as me. I was sure that I wasn’t alone in this quest for support and quickly recognized that there was something I could do about it.

I asked questions of every medical professional I encountered, from ambulance officers to emergency staff. They all expressed how much a support group for people with heart problems was needed. The more I researched the more I was amazed by the statistics and the more determined I became to change it.

Heart disease is the biggest killer for women, for children under the age of five and affects two in three families. It is not just an older generation disease, nor one that is only self-inflicted. These statistics, along with the lack of understanding on how heart disease impacts life, has made it increasingly important for hearts4heart to raise awareness. Heart disease is as life threatening as diseases such as cancer. It can be a well masked disease, where from the outside, you can appear perfectly healthy however it’s episodes can strike without warning and can be fatal. hearts4heart was founded in 2011 and is now a national health promotion charity that continues to work hard to raise awareness of heart disease, help with the transition from children into adult hospitals, provide information and education on cardiac conditions and provide direct support for all of those who are impacted by cardiac illness, whilst also encouraging members to live a positive and fulfilled life. We connect cardiac patients to each other, as well as link families, friends, carers and supporters, that gives a safe place to learn, to share stories, and to and support each other through the highs and the lows with people who understand.

With love and good health,